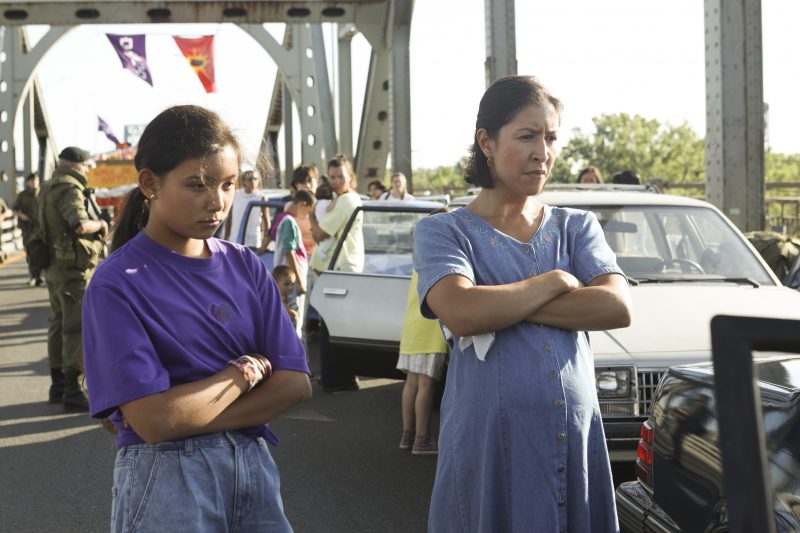 The debut narrative feature from the seasoned documentary and TV series director Tracey Deer premieres at TIFF 2020 today as part of the TIFF Next Wave Discovery section. Deer’s fierce and fiery feature is a timely testament to the universal spirit of overcoming systemic racism and injustice

BEANS, inspired by true events, a Mohawk girl on the cusp of adolescence must grow up fast and become her own kind of warrior during an armed stand-off known as the 1990 Oka Crisis. Torn between innocent childhood and reckless adolescence; she struggles to build her own identity amidst the chaos of the uprising and the injustice of a world that sees her as “different” even in her own land.

“Even though BEANS takes place in Canada in the early ‘90s, its universal message can still be heard loud and clear across the world today. I made the film to inspire, to open hearts and minds, and to give a voice to people that feel unheard” shares the director.

The film is produced by EMA’s Anne-Marie Gélinas and Mongrel Media will release the film in Canada.  “I feel fortunate to be part of this journey and witness first-hand the courage and resilience Tracey had to bring this story to the big screen; and I am grateful that TIFF chose the film” says Gélinas.

Sales outfit WaZabi Films has picked up the world rights excluding Canada.  “Beans is a very timely film.  We are excited to share Tracey’s voice with the world.  The spirit of the film aligns with the diverse voices we are hearing standing up for what is right”  state WaZabi co-presidents Anick Poirier and Lorne Price.

The film is written by Tracey Deer and Meredith Vuchnich, with cinematography by Marie Davignon, editing by Sophie Farkas Bolla, music by Mario Sévigny and Sound by Sylvain Bellemare.

Following TIFF, the film will be screened at Vancouver International Film Festival (VIFF).