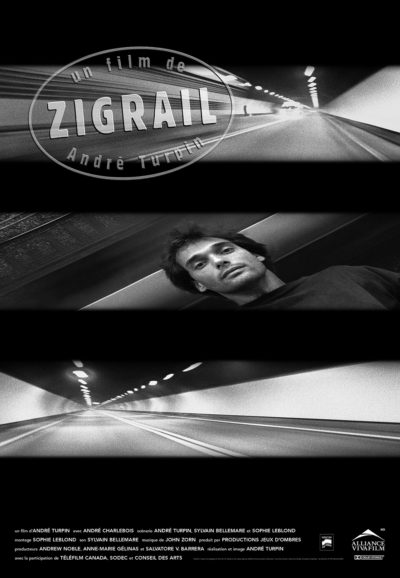 EMAfilms is happy to announce an Indiegogo crowdfunding campaign to help produce and promote the Blu-ray release of ZIGRAIL, André Turpin’s debut feature and an Anne-Marie Gélinas production (as part of Jeux d’ombres, alongside Andrew Noble and Salvatore Barrera). In addition to a special anniversary screening as part of the Festival du Nouveau Cinéma, a limited edition Blu-ray of ZIGRAIL will be made available later in 2017.

The film first premiered at the FNC in 1995, then played all summer long at Cinéma Parallèle. Twenty-two years after its release, ZIGRAIL will finally be available on a digital format.

Participants to the Indiegogo campaign will obtain a copy of the remastered film on Blu-ray alongside unseen bonus materials. All copies purchased through the campaign will be signed by André Turpin.

The campaign will also offers participants the possibility of purchasing a ticket for the ZIGRAIL screening on October 6th at Cinéma Imperial as well as a signed copy of the original poster.