SLAXX to be World Premiered at Fantasia 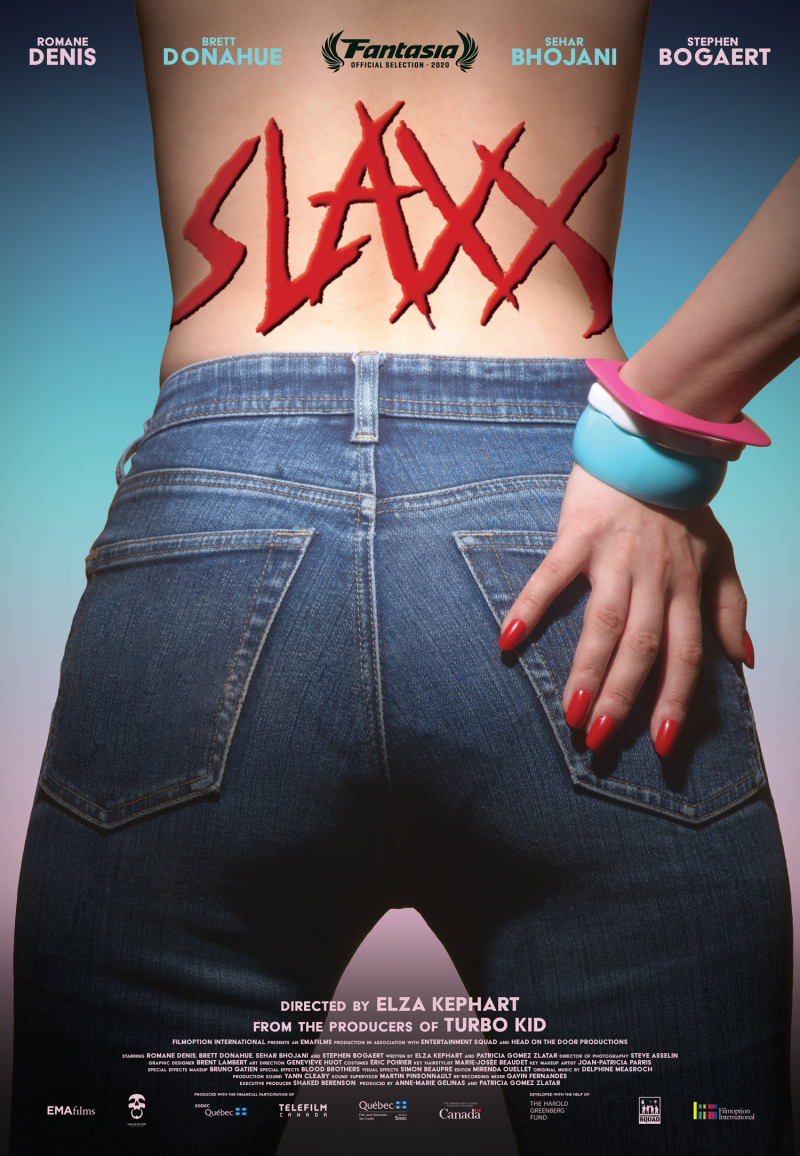 Filmoption International and EMAfilms are pleased to announce that the film SLAXX will be a part of the renowned Fantasia Film festival and will be released in theaters on August 26th across Quebec and Canada. Directed by Elza Kephart, the film stars Romane Denis (Charlotte a du fun), Brett Donahue (Come Back), Sehar Bhojani (Coroner series), Stephen Bogaert (X Men Apocalypse) and Kenny Wong (Transplant).

SLAXX is produced for EMAfilms by Anne-Marie Gélinas and Patricia Gomez Zlatar for EMAfilms. The screenplay was written by Elza Kephart and Patricia Gomez Zlatar. The director of photography is Steve Asselin and the artistic director is Geneviève Huot. The costume designer is Éric Poirier, the makeup artist if Joan-Patricia Parris and the hairstylist is Marie-Josée Beaudet. Bruno Gatien signs the special makeup effects, Blood Brothers, the special effects and Simon Beaupré, the visual effects. Mirenda Ouellet is the film’s editor and Delphine Measroch composed the original music.

SLAXX was presented in 2017 at the Frontières co-production market. The film received funding from SODEC, Telefilm Canada, federal and provincial tax credit programs, and Squad Entertainment, as well as funding from the Harold Greenberg Fund in development. The film is represented by WTFilms on the international market.